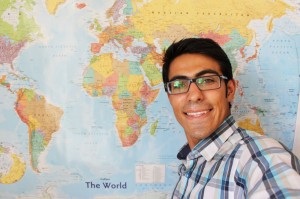 I’m very pleased to welcome you in Urmia city and offer you to stay in Urmia where there is everything you need for a comfortable stay and of course there you will find friendly atmosphere and enjoyment. I care of not only for your pleasant staying, but also for your interesting, incredible day and night time. Hossein is your ASSISTANT in Iran as I try to solve all your needs.

It is located in North West of Iran in Urmia city (One of the metropolises in Iran) not far from Turkish border.

As you see, here is a place to stay so…feel yourself here as your home and I’m confident that you will leave Urmia with lots of unforgettable memories.

Urmia is a city in and capital of West Azerbaijan Province,Iran. Urmia is located on a vast and verdurous plain, which is 70 km long and 30 km wide, and it’s surrounded by vineyards and apple orchards and farmlands. Urmia is also situated at an altitude of 1,330 m above sea level. The Lake Urmia is located on the east of it and bordering mountain range, which is of the most beautiful and pristine ranges of Iran is on its west. Lake Urmia is one of the most beautiful salty lakes in the world. Due to its mild climate and beautiful landscapes, Urmia is considered as major tourist cities of Iran. At the 2012 census, its population was 1,265,721. Urmia is one of the 10th most populated city in Iran. The population of Urmia is mainly Azerbaijani people who speak the Azeri language but 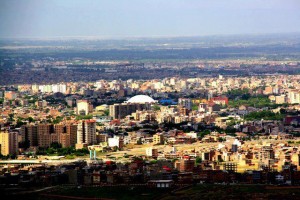 majority of the population also speak can Persian the official language of Iran, in addition to their own native tongue. Urmia is situated on western side of Lake Urmia,eastern side of Turkish border. Urmia is an Assyrian word which means Town of Water or Cradle of Water.The most popular sport in Urmia is volleyball as its Iran’s volleyball capital and world’s volleyball lovers. The most famous promenades of the city are Band village, Ghasemlou valley, Marmisho Lake.The souvenirs of Urmia are sugarcoated nuts (Noghl),  dried fruits and walnut sweet paste.

In addition to the above mentioned facilities and services, if you can think of anything that would make your stay more pleasant, please do not hesitate to contact.