Iran officially the Islamic Republic of Iran,is a large country in the Middle East.The 18th-largest country in the world in terms of area at 1,648,195 km2 (636,372 sq mi), Iran is an ethnically diverse country and has a population of around 77 million.Iranians are not Arabs and their primary language is Farsi(Persian). Referring to them as “Arabs” in general conversation may irritate them. Iranians are very proud of their history, nationality and country and are highly sensitive to it.Iran has over 4,000 years of written history and organised civilisation. Iran also borders 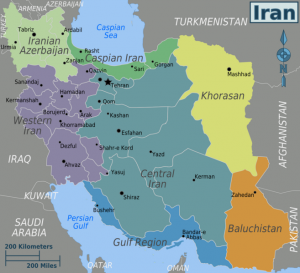 Pakistan, Afghanistan, Turkmenistan, Azerbaijan, Armenia, Turkey and Iraq, and shares its 740 km coast line Caspian Sea with Azerbaijan, Turkmenistan, Kazakhstan and Russia.Tehran is the capital, the country’s most populous city and the political, cultural, commercial and industrial center of the nation.

Iran is a big country inhabited by several different ethnic groups each with their own culture and homeland.The northwestern region, Azerbaijan, is largely populated by Azeris, who are ethnically and linguistically related to Turkish.Other regions are mostly Kurds in parts of west and Baluchis in parts of southeast. There are also Armenians, Arabs, and last but not least Jews, who have been living in Iran peacefully for years.

Rugged, mountainous rim; high, central basin with deserts, mountains; small, discontinuous plains along both coasts. The highest point is Mount Damavand (5,610 m). Desert: Two great deserts extend over much of central Iran: the Dasht-e Lut is covered largely with sand and rocks, and the Dasht-e Kavir is covered mainly with salt. Both deserts are inhospitable and virtually uninhabited. Mountain: The Zagros range stretches from the border with the Republic of Armenia in the north-west to the Persian Gulf, and then eastward into Baluchistan. Zagros is extremely hard, difficult to access, and populated largely by pastoral nomads. The Alborz mountain range, narrower than the Zagros, runs along the southern shore of the Caspian to meet the border ranges of Khorasan to the east. Forest: Approximately 11 percent of Iran is forested, most extensively in the Caspian region. Here one finds the broad-leafed, vigorous deciduous trees, usually oak, beech, linden, elm, walnut, ash, and hornbeam, as well as a few broad-leafed evergreens. Thorny shrubs and fern also abound.The narrow Caspian coastal plain, in contrast, is covered with rich brown forest soil. 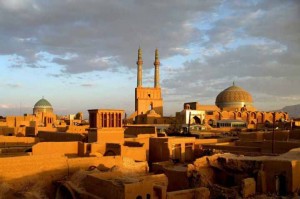 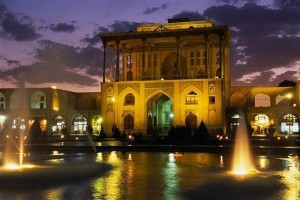 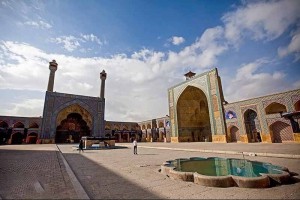 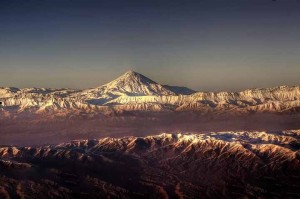 High Season (Mar-May) : Ideal temperatures in most of Iran,Prices are highest and crowds biggest during Noruz (21 march to 3 April).

Shoulder Season (Jun-Oct) : September and specially October temperatures more moderate than summer and prices slightly lower than March to May.

In Iran you can taste and enjoy very good and traditional foods like : The traditional Dizi (a lamb based strew where the broth is separated from the solids which are then mashed together and eaten separately) or Ash (a thick and tasty soup of lentils, beans, starch noodles, vegetables, fried mint, fried onion and yoghurt) or different kind of kebabs which mostly comes with rice in restaurants but you can easily find a Kebab places on the streets which are barbecue shops, Other than that you will realise that the streets are paved with fast food outlets, whose neon lights advertise the norm – burgers, pizzas and Doners since these are normally the best choice for a cheap and yummy quick fix.

Vegetarians have more of an issue

If you are a vegerarian you should know most of dishes comes with meat inside even at a big buffet or a restaurant, what appears to be the vegetarian option still might have meat in it. It may mean living on aubergine / eggplant based dishes, which are your safest bet, or really begging for meat to be left out of your dish if not already pre-prepared.

There’s no alcohol here. No bars, no clubs. Nothing. The best you get is non-alcoholic beer in a variety of fruity flavours like peach, lemon and strawberry. A local might be being kind in offering to find you the real deal, but really… don’t take the chance. They might be able to waver the punishment; you won’t. Good to know instead of bars there are traditional tea houses to drink tea and have conversation with local peoples.

The number 110 is the police number without any code but you may also access emergencies via this number. Other Emergency Services are also available via 115 for Ambulances and 123 for the Fire Department.