Financial Issues in Traveling to Iran :

The currency used in Iran is the Iranian Rial which is actually Toman. In fact they’re not two currencies, official rates are announced in Rial but in daily life Toman is used instead which has one zero less. For example 10.000 Rials is equal to 1.000 Toman. Do not lost; it takes a couple of days to get used to. Finally if it troubled you in paying just ask the seller whether the rate is in Rial or Toman. 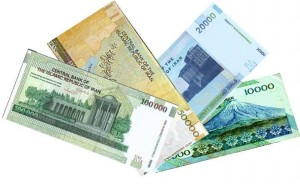 ATMs in Iran do not accept foreign (non-Iranian) cards also you can not use credit or debit cards, travellers cheques,so bring all the money you might need in cash for the duration of your stay, preferably in US dollars or Euros, because US dollars and euros are the most useful, and new and large (US$100 or €100 or higher,printed since 1996 ) bills in good condition are preferred and usually get a better rate. Whichever currency you choose, the most important thing to remember is to bring as much cash as you’re likely to need, then a bit more. Getting your hands on money once you’re inside Iran is a nightmare. Good to know if you are coming from Turkish side beware that anywhere else in Iran except Urmia, Turkish lira are effectively worthless.

How Much Cash Do You Need?

Well, it’s not fixed but not including accommodation and food, you shouldn’t need to budget any more than USD $40-$45 per person, per day. That’s right, Iran is a cheap country to visit.

For exchanging money, the easiest way to change money is at an official money-exchange office, you can go to authorized exchange offices in the cities or tourist areas where you can exchange your money where the whole deal is done in minutes, unlike in most banks where it can take considerably longer and the rates are far lower than exchange offices. These offices are called “SARRAFI” in Farsi which is the equivalent word for exchange. There are also street exchangers in tourist areas or at the land borders who usually hold a bunch of banknotes and show them to people who are passing and shout Dollars, Pounds, Euros. This way of exchange is not legal and is not recommended.